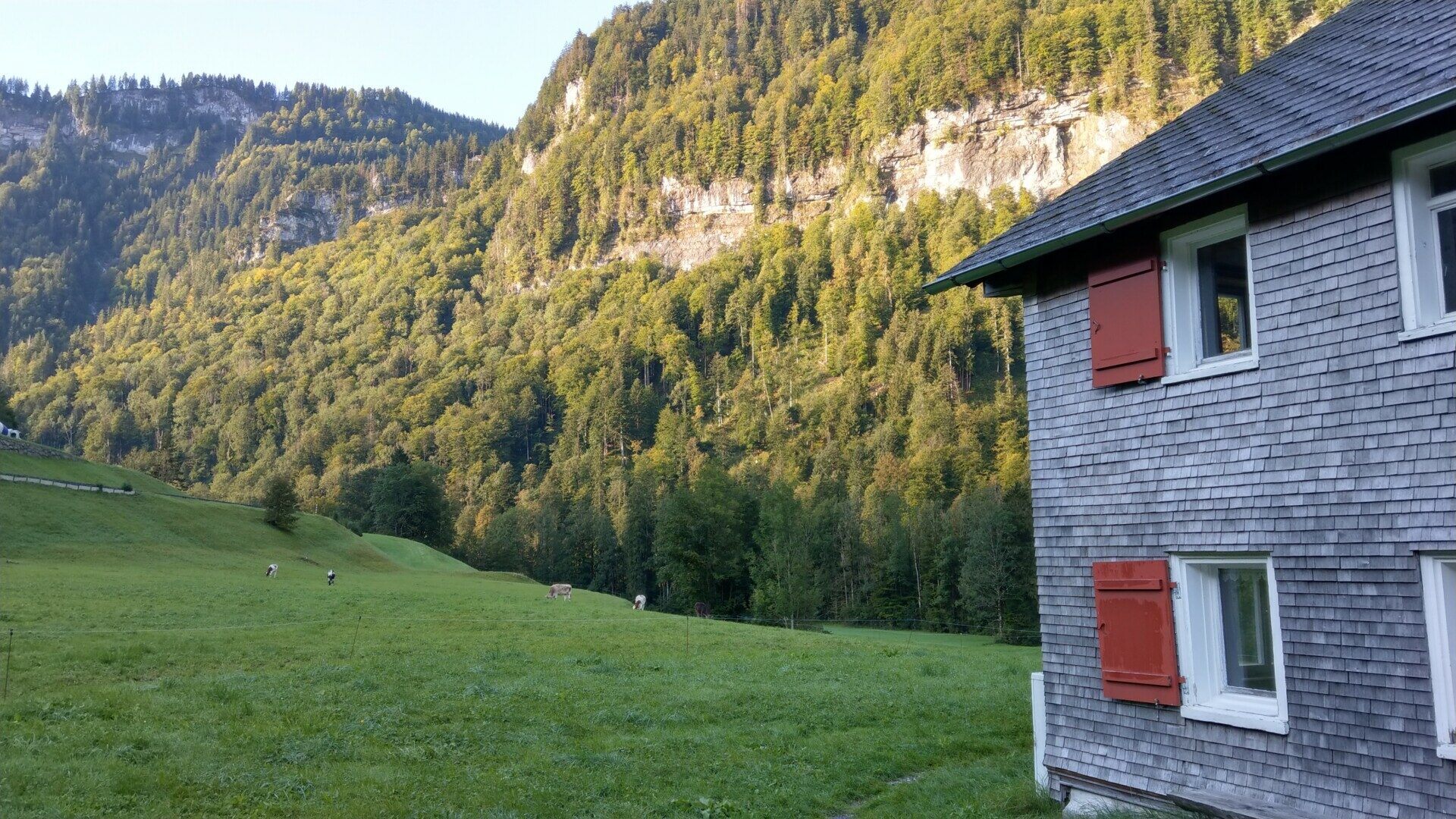 Our school trip to Austria

In the beginning of the school year, my class and another class were on a school trip together.

In the beginning of the school year, my class and another class were on a school trip together.

On Monday 19th September we, the students, all met at school, then we took the school bus and our headmistress‘ car and we went to Austria.

We arrived at the country house at 5pm but before that we went to the cowshed and watched the animals. We spent there a whole hour approximately.

In the end we came to the country house and prepared our food. It was very tasty: Spaghetti with different types of tomato sauce.

The next day, Tuesday the 20th September, we got up early and ate our breakfast and then took some sandwiches with us for hiking in the mountain.

We hurried up because we didn’t want to miss the cable car. This brought us up the mountain where we visited a cheese dairy. There we saw how the farmers made the cheese and how they stored it then and put it there for sale. We tried the cheese and some of us liked it and some not so much.

But after that we continued hiking up the mountain almost to the top. There we saw much snow and also had a fantastic view.

When we finished hiking and came to the country house we were all very tired. However, we helped to prepare the food and our meal was cheese noodles.

The next day, Wednesday 21st September, we took an old historic train. We also visited a natural history museum.

After that, the bus and the car brought us to a gorge called „Rappenlochschlucht“ for a hiking activity along the stream.

When we came back to the country house, we had a barbecue for dinner.

On Thursday 22nd September, we as always had our breakfast at the house. That day we stayed near the house which was located near a stream named Bregenzer Ach. The weather was nice and we wanted to go into the stream.

We had to walk down a hill, it was very steep and there were stones everywhere. There was also an electric fence, so we had to walk down very carefully. It was there for the cows so that they couldn’t walk so freely and go down to the creek alone. Some of us also slid down the hill, it was so much fun. And we really had a lot of fun that day in the ice-cold water of the creek.

When we returned to our country house from the stream in the afternoon, we warmed up our food there – the leftovers from the previous days. We finished eating everything, so that we didn’t throw so much away.

Then we helped with the chores and then we, the students, wanted to go to our rooms to pack our suitcases.

After we had got it all ready, we girls helped our class teacher to prepare our last dinner at this house. We baked piles of pancakes for dinner.

The next day, Friday 23rd September, was our last day on this trip.

We had our breakfast and then we checked if we had all our things, we cleaned the house and the rooms and the kitchen and then we took our used bed linen into the bus so that it would be washed. We brought it to the owner of the house and also gave her the key. Then we went on to Germany.

It was my first hiking trip and it was particularly beautiful and exciting,

and I enjoyed it very much. Our teachers helped us a lot and I would like to thank them for.

It will be in my memory for ever.